Many times I was talking to myself, that I wouldn’t do it again

which don’t waste my energy for something,

But no way. As I come to the reality

and I’m watching all those dejected faces grinding the ground

as they desperately lies to themselves, that everything is alright

and they flew with another cheap delusion.

With rivers with thousand names, on the ships with heavy anchors,

just because “be themselves” is not enough, they bother the others by their poor life

They’re waiting for every opportunity to catch any stuff,

to gain any loot to a credit from these small remaining which we have,

just because they want to satisfy themselves.

and then they’ll appear like enlightenment in the false light

and we’re gonna belaud them without any notice,

and we’ll feed their fire with flame and urge that fire.

It’s people around you, look, maybe it’s someone next to you,

they’re telling you things just to get over you.

And then they’ll plan these big things to feed their egos,

just to please you and rise your status

and prepare another puppets for this game

For this sick, vigilant virtual reality

like a birds stealing foreign nests, in the cage at the same time – like a domesticated beast…

We are all ciriticizing our whole society,

but we’ve forgot that also we are its sickness,

we have full mouth of freedom

and we are locking inside our own prisons in the same time.

Whether it’s all mighty politicians, bosses, or their fastotums,

we, the so called anarchists – all of us are rolling this stuff into same hole:

psychic defects, desire to rule, or to be center of attention, be the right elite.

The things which wasting us are made by ourselves –

We are our own executor, our own judge,

we are our own executor, our own judge,

totally consigned we are fooling ourselves.

So don’t ever try to trust to their babbles, which feeds their purification.

And don’t even trust me.

Time is demanding the victims, style is cutting new loot of murderer.

Infinite evanescent price of life is not same like any other.

Carefully packed in entrails of conscience, its making target of our trying

months and years, patents for mistakes.

As a gratitude for loyalty to the age, for satisfaction inside us

we have gift pack of a time, momentary substitution of fear.

weeks and weeks, by eyes blink.

Finally incorrigible again from the past,

centuries and ages in the same rails.

Every minute is shorter, although it’s behave like something long,

that, what’s moving forward is stagnating right now, although it’s look like something active.

Like a prisoners of our own reason we’re desperately calling for freedom,

but we’ve locked our shackles by ourselves and threw away the keys.

presumption of innocence is suddenly hitting the ground

just another precedent of crime without any sense

which is giving a thorn crown to the head of all of that.

To be or not to be seen – is the real point,

voice of sirens is changing your skin

and you are just turning into the living recorder

and your moves and habits into the fingerprints.

Panopticon – It’s a net of everything, where everybody get caught

you can flog as you want, every move will be medium of circulation.

Google/facebook is changing into the new page of bible

Camera on your computer, at work, or in a park,

in the shop, bank or at your credit card,

all of your evidences are so easily available,

as you send out every crap into the air,

where everything ends in tightest vacuum

and you’re choking your own censorship by the collar,

just another meanless scream from the silence,

like a path to your presence of a wolf,

which already ate all of his sheeps

and sent out his loneliness at the moon,

where the central human brain is choking it

(taught) respect for the tradition of affirmation of
dehiererchisation of humyns view of the world through lenses of
humyn expansion
gives real quality to every second lost among civilisation
foundations of compassion poured into a soil of open consciousness
on it erected a construction of empathy
armed with a deep conviction of
full dependancy on our mother
walls of this stronghold
inlayed with support for direct action
protect from the temptation to become the crown of creation
on top of it- philosophy of respect towards all life
which helps to climb still new peaks of selfrealisation
these peaks are burning
entering upon this path created within a richness like the one of
the amber chamber
a milion jewels and not one of them blemished
consciousness created along the lines of a fractal
endless copying of cherishing the same values again and again
gives development with an end in the infinity of
possibilities of touching the limitlessness
of ahimsa fueled by itself
a perpetuum mobile of activism
within me burns a fire which otherwise
wouldnt have an opportunity
to burn
obvious interconnections between anarchism, spirituality, veganism,
deep ecology
just like an insurrectonism of your inner self
everyday this flame explodes stronger than a bottle swining rapidly
through the night air
half a liter of liquid coal
but at the same time its also liquid diamond
im doing this not as a bodhisattwa but as a mere apprentice
still i trust that reward awaits in hardships
inshallah amen lets fire up the black flag

Black flag is burning as well as fire in the soul

but destiny of Phoenix is covering my eyes

and changing the grids into the amber chamber.

And the peaks are burning. And I’m scratching the matches down in the valley,

one by one and it’s quenched by wind.

Until I find the way into the amber chamber,

I must hew through rule of law,

because my acts are marked as a crimes

and my tale is ending in a dark corner of cold cell.

As an only person I’ve did things as hundred people can do,

it’s just about decisiveness and transforming thoughts into the acts,

my direct action was every new morning,

vegan food and avoiding to be drunk at night.

Until I realised, that it’s not enough

and that I have to improve my brain better.

Ash from the above is signing that the cards are not served,

strategy of silence is ruining it out.

and be the light which don’t let you get you down.

I hear your miscalls again, as the Chinese and Ukrainian people taking your work places

and these gypsies, which robbing your whole family, you are so suffering..

they raise your food, cigarettes and beer prices, where it’s all going?

You are searching every easy targets, while the state is sucking money from you.

You’ve got fooled by xenophobic policy, they’ve made an easy loot from you

they’re just cheating on you, the real problems were covered by populism

your whole hatred have no foundation, you’re just wasting your time

is the state, which divide and rule.

We’re just human resources for them, stupid mob which give whole life

we’re so dumb, that we are okay with that.

TV news which feeds you is just bushel of misrepresented craps

Try to think about what they are spilling inside your head and don’t be like a sheep.

from hand to the mouth, from mouth back to the hand, what a progressive daily routine

real enemy is somewhere else, the state is sucking money from you.

Till there will be that capitalism, we’ll gonna lay our own dirt

gypsies and immigrants have nothing to do with that,

because they’re just regular people like us with their own problems.

Real problems are caused by that government and I have no reason to trust them.

And as they’re fuck with us they’re showing real proof that they don’t care about us.

roots in the ground have fooled my legs,

and as they were standing there like two majestic poplars,

the others came and cut their messages into the bark.

and their vestiges were kept in their mind,

and the messages with me, like my own shadows.

The others came and red my tales,

sought the causes with wind race,

they ran confused and stumbled over my roots,

and sought the way how to reach the treetop.

But with every other rain I’ve got stronger,

and with every autumn I’ve got familiarizated,

which ends in the field and continue as a mug.

And there was others, which called me memorable,

wasted their words and shone their eyes,

as they came, they just run away,

substituted by the ones with ideals.

They’ve tried for nothing,

and scratched my bark.

It’s not easy to be a infinite windbreak,

still under pressure, with scars,

which is necessary for trees.

and our vestige is still terrifying us,

and as we are growing, we’re buckling into the ground,

While we are drowning with our anchor,

the souls with light are fleeing from us,

souls which turns mug path into the feast,

and threads of truth into the delightful denial. 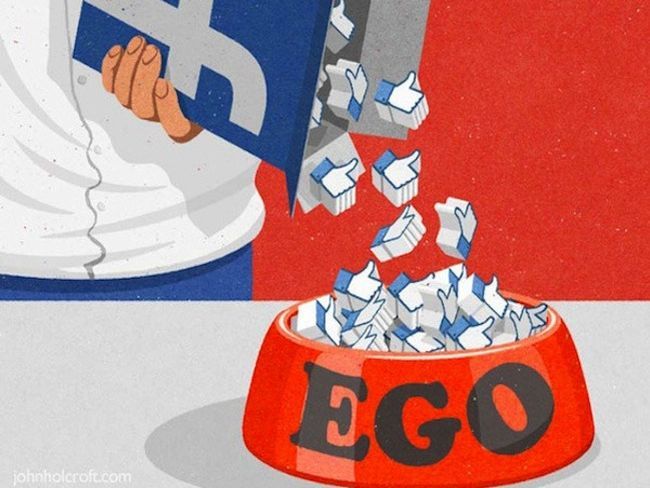 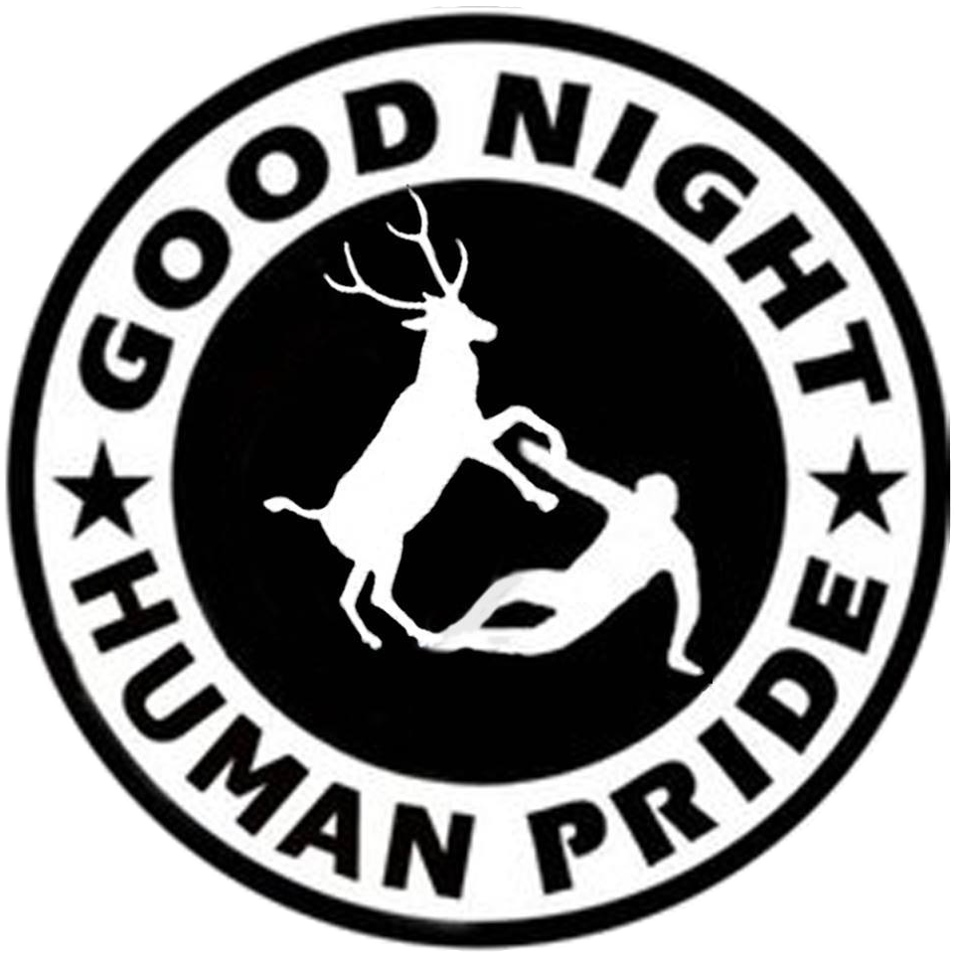